When I Fell in Love with Engineering

Engineers are dreamers that are constantly thinking about technology and how they can solve problems and drive society forward. It’s hard to imagine what the world would be like without the creativity and innovation engineers have contributed to the advance of technology.

From February 16- 22, Engineers Week recognizes and promotes the future of engineering by increasing the understanding of and interest in field-specific careers.

But we also appreciate Valentine’s Day on February 14 — recognized by many countries around the world as a holiday to celebrate love — because we know what drives engineers is their passion for results and a love for innovation.

In celebration, we asked IEEE Impact Creators when they fell in love with researching new technology and chose engineering as a profession.

“When I was a child I wanted to build cool toys that fly. I remember watching the first moon walk on my family’s black and white TV as a child, which left me feeling excited and inspired. My parents used this as one of many opportunities to encourage me to develop my mind and pursue my dreams, even though that wasn’t typical of the area where I grew up, which didn’t prioritize academics.” 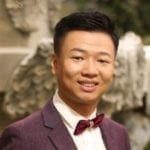 “Curiosity about nature inspired my enthusiasm to study advanced technology and knowledge. Numerous new technologies are invented and applied in human life every day; I need to always keep abreast of the latest technological developments for solving the problems in my research field.” 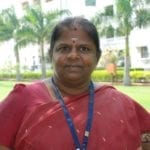 “I think it was more like an accident that I became an engineer. I was groomed by my father to take up medicine as my career and I hated it. So engineering was an option that my father was willing to compromise on and I had to take it. The reason is a lack of awareness. I hail from a rural background and people did not even have the idea that a girl can have a career, let alone an engineering one. My father was a great visionary and he was adamant that I should do a professional course so that I would have a career of my own. Now I wonder how my father could have envisioned thirty-five years back that women can have a career. I was the first engineer from my community and when I was doing my courses there was a teacher who inspired me. He made us think and brought out the creative streak in us to learn technology with relish. Later on, I took up teaching technology because of the inspiration I gained from him.”

Lorrie Cranor
IEEE Fellow
“As I was growing up, my parents were both working in STEM fields and they encouraged my early interest in science and technology. My father taught me the basic programming language when I was in elementary school and let me play with the research computers he had at work.
In middle school, I had a summer internship in a Navy research lab and heard a lot about engineering school from the college student interns who were working in the lab. I went to a science high school, and while I had a great time in the marching band, student government, pit orchestra and editing the school newspaper and literary magazine, engineering and problem solving were what always resonated the most with me.”

Antonio Pedro Timoszczuk
IEEE Senior Member
“I was always curious about nature and my involvement with science began very early, thanks to teachers that fostered my science side. I wasn’t aware of engineering until my father brought me to visit the factory he worked at as a maintenance chief. I was about 10 years old, and I discovered an entirely new world of technology. One day my father gifted me an electronics experiment kit and since then I never stopped.”

Steven Furnell
IEEE Senior Member
“I think it tracks back to my fascination with handheld electronic games as a child – things like Merlin and Simon – followed by my early experiences with home computers (starting out, like many others in the UK, with a Sinclair ZX Spectrum). In a sense the same things have continued to this day, and have led to me setting up the South West Retro Computing Archive.”

EWeek is a formal coalition of more than 70 engineering, education, and cultural societies, and more than 50 corporations and government agencies. Dedicated to raising public awareness of engineers’ positive contributions to quality of life, EWeek promotes recognition among parents, teachers, and students of the importance of a technical education and a high level of math, science, and technology literacy, and motivates youth, to pursue engineering careers in order to provide a diverse and vigorous engineering workforce. Each year, EWeek reaches thousands of schools, businesses, and community groups across the U.S.

How IEEE Standards Protect the Planet and Keep Us Safe