Cybersecurity is a cat-and-mouse game. Even as protective technologies are deployed, new countermeasures and attacks emerge. This means that the cybersecurity risks we face today will likely be applied to the technologies of tomorrow.

How prevalent are cybersecurity risks in our everyday lives? How will cyber attacks affect emerging technologies? To try to protect your personal and professional assets, it’s more important than ever to stay informed.

It’s time to check your cyber-savvy with this quick quiz.

Imagine this: Power plant operators across the country rely on the same software to monitor plant operations and its relationship to the grid. The software has helped them improve efficiency and reduce pollution. Occasional updates add new features and improve security. Threat actors obtained access to one of the updates before it was sent to users. They changed software code to give them backdoor access to plants across the country. When users updated their software, they unwittingly added a new vulnerability.

Which type of cyber attack does this describe?

The correct answer is B

“Regular audits on third parties can help identify risk. It is important to conduct in-house audits so as to demonstrate to regulators that the organization understands the processes being used, is able to test them and is taking the third party data risk seriously.” 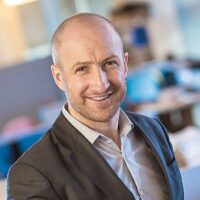 You start a new job working remotely and your new boss asks to hold a video meeting. She appears on-screen, apologizes that she’s in a rush and needs to quickly tell you the procedure regarding employee health insurance payments. For security purposes, she says, human resources requires you to wire money to a specific account in order to cover your health insurance costs. As she rushes off the phone, you realize she hasn’t blinked.

Which is the best explanation for this exchange?

The correct answer is C. Typically, a phishing attack involves the use of email or text messages that appear legitimate to obtain information that can then be used to access bank accounts.

“The rise of deepfakes adds another twist to the phishing scam, because it’s possible to make realistic videos of other people using artificial intelligence. Deepfakes rely on existing images and videos, most of which already exist on social media. Hackers can generate video of someone saying and doing things they’ve never done or said.” 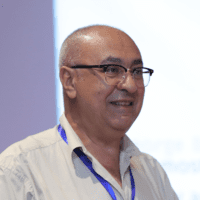 Your city implements a connected traffic management system that can change stop lights in response to demand. Cameras and sensors interact with autonomous automobiles to help pick intelligent routes. The system eliminates gridlock and needless waiting at empty intersections. That’s until hackers seize control of the city’s internet-connected traffic lights, parking meters, cameras and other devices. They keep traffic flowing but instead use the devices to target local businesses with torrents of internet traffic that completely disables the businesses’ access to it.

Does this scenario most resemble a:

A DDoS attack usually involves multiple infected computers targeting a single network. Smart cities are expected to have large numbers of Internet of Things (IoT) devices that will monitor and control traffic, garbage pickup and street lights, to make them more efficient. When IoT devices are tethered together to form a malicious network, that system is called an IoT botnet.

“We expect trillions of IoT devices intertwined with infrastructure, the proper design of such devices considering safety and security is essential to the future of industry and society.” 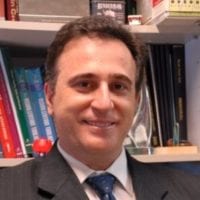 Like all other applications,  passwords are the gateway  to accessing  online banking information. Most of us also rely on an additional step: a six-digit code sent to our email or mobile device that makes sure our passwords aren’t stolen. But even these multi-factor authentication methods have been proven vulnerable. On top of that, consumers don’t like how much time it takes to go through the whole multi-step process.

The correct answer is E

Continuous verification uses  machine learning and artificial intelligence to compose a digital profile of our identity using  our voice, the places we visit, and other factors to secure our devices and accounts. The devices then use that profile to continuously verify our identities. If you lose your phone and someone else picks it up, for example, the phone might be able to tell that it’s not in your possession based on the finders’ behavior. Likewise, some financial institutions have explored the use of wearable devices that verify identity through heartbeat. Though it is the subject of  interest among researchers, several IEEE Impact Creators said that continuous authentication and biometrics can raise privacy concerns, and may not be viable for people with certain health problems.

“These technologies are already in use in certain industry sectors for specific roles, but widespread adoption of this technology may run into biometric privacy concerns.” 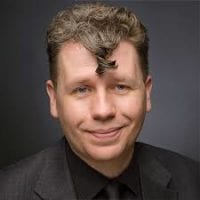 Autonomous robots deliver meals to hospital patients but a malicious actor compromises one, then uses that access to breach the hospital IT network. The intrusion is discovered by hospital staff when a message on their computers says the hospital’s IT systems have been encrypted. The hospital does not know which patients are coming in for scheduled surgery, which doctors and nurses are supposed to work which shifts and it cannot bill insurance companies for payment. The hackers demand a payment to reverse the encryption.

This situation is called a:

The correct answer is C. In a ransomware attack, hackers infect computers with malicious code that encrypts infected devices. The data on those computers is scrambled and inaccessible. To recover, victims are asked to pay a ransom. Already, there are tools available that can analyze the ransomware code to (sometimes) identify the decryption key. In the future, quantum computers may be able to break encryption rapidly (this too, might be problematic because it might lead to better encryption).

“There are long-existing tools to avoid paying ransoms; they are backup copies that every organization needs to have. When organizations make a full set of backups along with a well-tested and well-thought-out disaster response and recovery plan, they do not need to pay cybercrooks.” 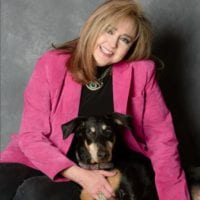 An employee at a power plant clicks on a link that injects malware into his computer that gives them backdoor access to his computer. Over a period of years, the hackers use that access to infiltrate the plant’s entire network, writing custom malware to compromise obscure devices that control pumps, valves and switches inside the plant. During a natural disaster, they execute an attack that takes the power plant offline for several days.

Which type of malicious actor is likely behind this attack?

The correct answer is A

The answer is A. Advanced persistent threats (APTs) are specialized hackers, usually working for nation-states or very large organized crime groups. They launch sophisticated attacks that require significant patience. One sign of an advanced persistent threat: they can write their own code. This stands in contrast to the majority of threat actors, who rely on off-the-shelf attack code developed by others and purchased on illicit web markets. APTs are some of the most difficult threats to defend against, because they have the same tools, like artificial intelligence and machine learning, that defenders use to secure their systems.

“Advanced Persistent Threats (APTs) are challenging because they are persistent and do not need to focus on short-term economic gains. Rather, they can pay their staff well, and invest in the development of new tools and technologies to support their missions. There’s a lot of innovation and specialization happening in the criminal-to-criminal marketplace.”

If you found this interesting, please consider sharing.

We think you’ll find cybersecurity as fascinating as we do. So we’ve compiled a list of additional resources from IEEE and IEEE Computer Society to help satisfy your curiosity.