CES® 2019 has finally arrived, bringing companies, technologists and thought leaders from around the world together in Las Vegas to provide a glimpse of what the future holds for consumer technology. In recent years, this massive event has attracted over 180,000 attendees from more than 150 countries.

The show floor of the Las Vegas Convention Center was filled with stunning 8K TVs, which felt closer to revolutionary home entertainment systems than traditional television sets, clearly illustrating that the technology has gone from being a cool fringe concept – teased at past iterations of the show – to something that consumers might soon have in their living rooms. 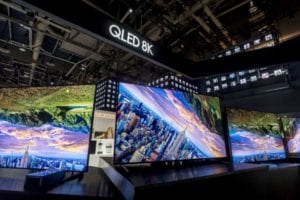 Laptops, predicted by some to go extinct not long ago, were also prominent throughout the show – Asus transformed the traditional laptop with its Mothership GZ700, Dell brought RTX graphics to its new 17-inch Alienware and HP had various versions of its Spectre and Chromebook on display. 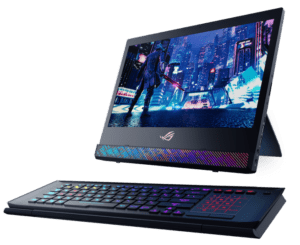 CES® 2019 also saw many laptops move away from the smooth, polished Mac aesthetic and toward a retro gamer-chic look. Hard edges, jarring colors and overall disjointed design, often synonymous with gaming, were found in abundance, marking a major change in trend.

We’ll return with another installment of what was prominent at day two of the world’s largest consumer electronics show. If you’re at CES®, be sure to visit us in booth 31506 (LVCC, South Hall 3).