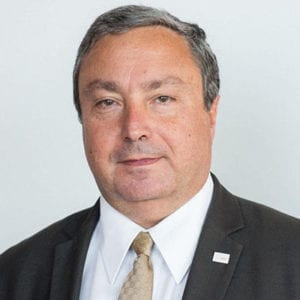 Cities around the world aren’t getting any younger, and what can be considered extra patina and character reveals a greater underlying issue- a crumbling infrastructure system. From our roads and bridges, to electrical grids and sewage systems, increased population is adding stress to systems that are already out of date for the communities they support.

However, technological and scientific advances have given rise to a new approach to urban infrastructure and city planning in Smart Cities and communities. According to IEEE Senior member and IEEE Industry Applications Society President Georges Zissis there are five trends in particular that are creating new challenges and opportunities for city leaders at the global level:

“ The ‘Smart City’ concept is a robust answer to all those challenges. A smart city incorporates the combination of IoT technology and information and communication technology (ICT) in a secure manner to manage a city’s assets. Smart cities can transform the life and work of its inhabitants, both economically and socially,” Zissis says.

Perhaps one of the most important components of a smart city is its smart infrastructure. We sat down with Zissis to learn more about what makes this concept so essential solution to our aging cities and their internal workings.

Q: What is a smart city and how does it utilize smart lighting and the smart grid?

There is an important difference between “Smart City” and “Sustainable City.” The second is defined as cities that are built on eco-friendly basis. These may not necessarily include “intelligent” systems but are built more with  an energy-efficient or environmently-friendly objective.

From a technological point of view only, smart cities rely on smart grids for energy; smart buildings that include homes, tertiary buildings and commercial centers; smart infrastructure that includes roads, tunnels, parking lots, and any type of urban stations and ports. Add to that smart mobility with smart vehicles and smart traffic control. This is a very complex “system of systems … Lighting is present to all those technological segments. Therefore, smart street lighting is a cornerstone for building smart cities.

Q: What are the technologies that are making smart street lighting for smart cities possible?

Sensors are used in a number of ways within buildings and the public space in the cities. Sensors have been used for decades for security, control of lighting and personal convenience. They can be installed in a wall box opening or in street lighting pole, they usually have a combination of a sensor along with the power electronics to control the load.

Many major cities around the world are now trying to adopt “smart lighting” systems. However, today, we can speak about (large or small scale) demonstrators than full adoption. The main breaks to a full adoption are (1) costs; (2) population acceptance and associated legislation; (3) technology maturity. There are some examples of cities that have today “smart lighting” demonstrators.

Q: How does smart lighting benefit the planet?

Adopting greater intelligence is imperative to managing global population growth. In the next decade, according to the World Health Organization,  nearly 60% of the world’s population will live in urban areas. At the same time, the revolution in information and communications technology is making knowledge a competitive resource. Data is the new currency, the raw material that is changing the way cities operate. Thus, the grid will become another IP platform connecting people and devices through IP. Within a Smart City context, however, infrastructure will become a dynamic platform enabling continuous innovation.

For more information about Georges’ research head to the Industry Application Society page and be sure to check out the Smart Grid Cybersecurity workshop, Dec 12-13th in Atlanta, Ga.

For more information about Georges’ research head to the Industry Application Society page and be sure to check out the Smart Grid Cybersecurity workshop, Dec 12-13th in Atlanta, Ga.

A Look at Smart Energy and Smart Lighting in Action

Construction Gets Smarter and Safer

The Top 5 Ways 5G Will Build the Workplace of Tomorrow