How I Knew I Wanted to Be an Engineer

Have you ever had a moment of inspiration that helped determine what you wanted to do for the rest of your life? Engineering requires a certain type of person: they must be inquisitive, natural problem-solvers and always be thinking about what comes next. In celebration of Engineers Week, we wondered how our Impact Creators found their inspirational spark and the events or people that made them realize they were on the right career path. 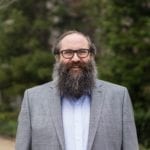 “My mom inspired me to be a computer scientist and created the environment where that was possible for me. She is a high school science teacher, and an early technology adopter. She bought a desktop through an incentive program at her school in the 80s, and it became our home computer. She was one of two teachers at her school who had a computer in her classroom and the first to use computers to manage her grade book.

As a science teacher, when my mom tried to figure out how to use a piece of software, it was a lesson in the scientific method. It wasn’t anything special inside me; I am just a product of access and a good role model demonstrating how to learn about technology.”
Mark Gondree, IEEE Member 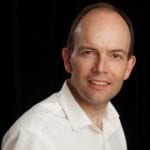 2. Engineers Are The Heroes

“As a child, I was always drawn to the scientist/engineer characters in a movie or television show, even if they were a supporting character and not meant to be the hero. I always thought they were the real hero.

I think this came from my love of my father who is an engineer. He encouraged me and my siblings to learn about science and technology. He inspired in me a desire to study and build computing technologies, like virtual reality and augmented reality, that help us learn about the world and ourselves, and hopefully help us grow and become better people.”
William Webb, IEEE Fellow

“When I was doing electrical engineering at University, I started an internship on researching microelectronics in my second year with professor Ricardo Reis, a very well known researcher in the microelectronics field. This internship was fundamental to increase my interest in developing integrated circuits and systems for embedded computation.

Later on, at the end of my master’s degree, I visited the University of Grenoble and I had the opportunity to meet the researcher Raoul Velazco, one of the pioneers in developing methodologies to qualify integrated circuits under radiation. There, I learned about radiation effects in components and started my main motivation on researching mitigation techniques for integrated systems. When I did an internship in the USA, I merged my interest in radiation effects in components and programmable devices (FPGAs). Since then, I have been focusing my research on radiation effects and mitigation techniques for FPGAs.”
Fernanda Gusmao, IEEE Member 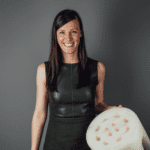 4. Other Mentors Help Pave the Way, Too

“I grew up in Detroit and I always wanted to be an astronaut. I went to every camp, seminar and clinic that I could as a child to try to find out how to be an astronaut. From space camp, I was given a book of astronauts that contained what state they were from. I used that to find them in the White Pages or online, call them at their house and say, ‘’Hi! I’m going to be an astronaut. What do I have to do?’’

That drove my experiences through high school because when I met with the astronauts they told me I had to go to college. They told me I should pick a career in science, which led me to co-found a life science company for a stem cell culture device I co-developed, to a role supporting NASA.”
Samantha Snabes, IEEE Member 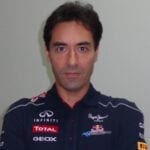 5. Natural Curiosity is the Key

“In 1991, when I was a teenager, my father went to Rutgers University in New Jersey as a visiting professor. I had the opportunity to study for one year at Piscataway HighSchool and every day I saw IEEE headquarters during school bus travel. Since our house was inside Rutgers campuses, I spent most of my free time in the University library using their Macs and PCs.

I became more and more curious, and by the time I returned to Brazil, that experience drove my decision to become a computer scientist. Technology always excites me. I always liked to build useful things, and computer Science provides me these opportunities.”
Eduardo Ogasawara, IEEE Member 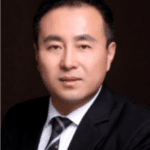 “When I was a child, I was very interested in electronic equipment, especially an old radio in my home. I was very curious about how this old radio receiver could receive magical voices from far-away states. I took it apart and assembled it many times to seek the reasons.

I think I was inspired to become an electrical engineer from that time. That’s why I choose computer science and telecommunications science as my major at my university. I want to program my own voice and follow my deep heart forever.”
Guangjie Han, IEEE Senior Member

LEARN MORE ABOUT ENGINEERS WEEK
EWeek is a formal coalition of more than 70 engineering, education, and cultural societies, and more than 50 corporations and government agencies. Dedicated to raising public awareness of engineers’ positive contributions to the quality of life, EWeek promotes recognition among parents, teachers, and students of the importance of a technical education and a high level of math, science, and technology literacy, and motivates youth to pursue engineering careers in order to provide a diverse and vigorous engineering workforce. Each year, EWeek reaches thousands of schools, businesses and community groups across the U.S.

Women in STEM Share Why Girls Should Become Technologists