Autonomous Driving Checklist: Where are we now?

A checklist on autonomous vehicle capabilities now, and in the future.

About five years ago, a new age of fully autonomous cars seemed right around the corner. They still may be.

Except, autonomous vehicles are already here, to varying degrees. Most cars sold today are equipped with lane control and automatic braking systems. Which is to say that sometimes, cars do things that their drivers didn’t make them do.

Vehicle autonomy exists on a continuum. Some vehicles now have a traffic jam assist feature that operates on highways. Some vehicles will navigate a parking lot at a store, and pick up the driver. Robot taxis that pick up and drop off passengers are being tested in select cities, though they often only operate within pre-defined boundaries.

But when environments are less predictable, autonomous vehicles struggle.

Experts point out that most of the time, driving is routine, with few surprises. For routine driving, there is plenty of data to train artificial intelligence algorithms for these scenarios. But there are also a number of rare, but potentially serious events that an autonomous vehicle might encounter.  Because of their rarity, it’s hard to train an artificial intelligence to handle them, but autonomous vehicles need to account for all of these “edge cases.”

“We’ll never manage to test against all possible scenarios,” IEEE Member Daniel Watzenig said during a recent webinar for the IEEE Instrumentation and Measurement Society.

Typically, when experts discuss the status of autonomous driving, they rely on a six-level classification developed by SAE International, which goes from from zero to five. Level 0, for example, has no autonomous capabilities. While Level 5 describes full autonomy that works in all situations and scenarios.
The most advanced vehicles on the road in 2022 are classified as level 2 on the autonomous driving scale. They have significant autonomous features, but the driver still needs to be involved, and the systems have in-car cameras to make sure the driver’s eyes are on the road.

We devised a simple checklist of autonomous vehicle capabilities – mile markers on the autonomous driving continuum. Then we asked a dozen IEEE Impact Creators, about half of whom are working directly on autonomous driving, when they thought  these vehicles will be available in most vehicles sold.

In the next three to five years, most IEEE Impact Creators said autonomous vehicles will be able to:

In the next five to 10 years, most IEEE Impact Creators said autonomous vehicles will be able to:

Most of our Impact Creators say these features will NOT be available in the foreseeable future:

What Our Impact Creators Say: 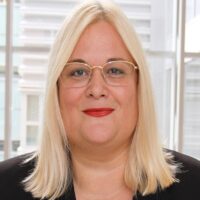 “Some of these may not find their way into future vehicles as there is not enough public demand for them. The key missing piece in the development of higher levels of autonomy is safety including the safety of vulnerable road users and methods that enable fast and safe development and evaluation that includes rare and extreme events.”  – Bilin Aksun-Guvenc, IEEE Member

“Image recognition, artificial intelligence and machine learning technologies must mature to a state where autonomous vehicles can navigate precisely and predict outcomes irrespective of the data set with which they were trained.” – Aiyappan Pillai, Senior Member 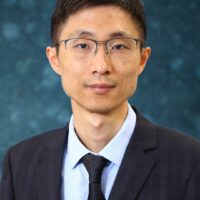 “It is shown that physical barriers, such as obstacle occlusions and limited sensing range in challenging weather conditions, can lead to a 50% longer reaction time or even an immediate disengagement of the autonomous driving system. An emerging technical paradigm to address such challenges is to improve the safety of autonomous vehicles by leveraging intelligent roadside infrastructure such as lampposts equipped with sensors and compute units. The key enabling technologies of such an infrastructure-assisted autonomous driving paradigm include real-time 3D perception fusion and high-bandwidth V2X communication.” – Guoliang Xing, IEEE Fellow

For an in-depth discussion of the technology behind autonomous vehicles – what they can do, what they can’t, and why – check out IEEE member Daniel Walzenig’s talk through the IEEE Instrumentation and Measurement Society’s Virtual Distinguished Lecturer Series.

The Climate Impact of Connectivity Everywhere

The Leap to Hydrogen-Powered Flight

Satellites: The View From Above, Protecting Infrastructure

CES 2023 Recap: What tech’s biggest showcase says about the future